Pre-Texts in Sergipe Education: a strategy for mitigating violence in the school context 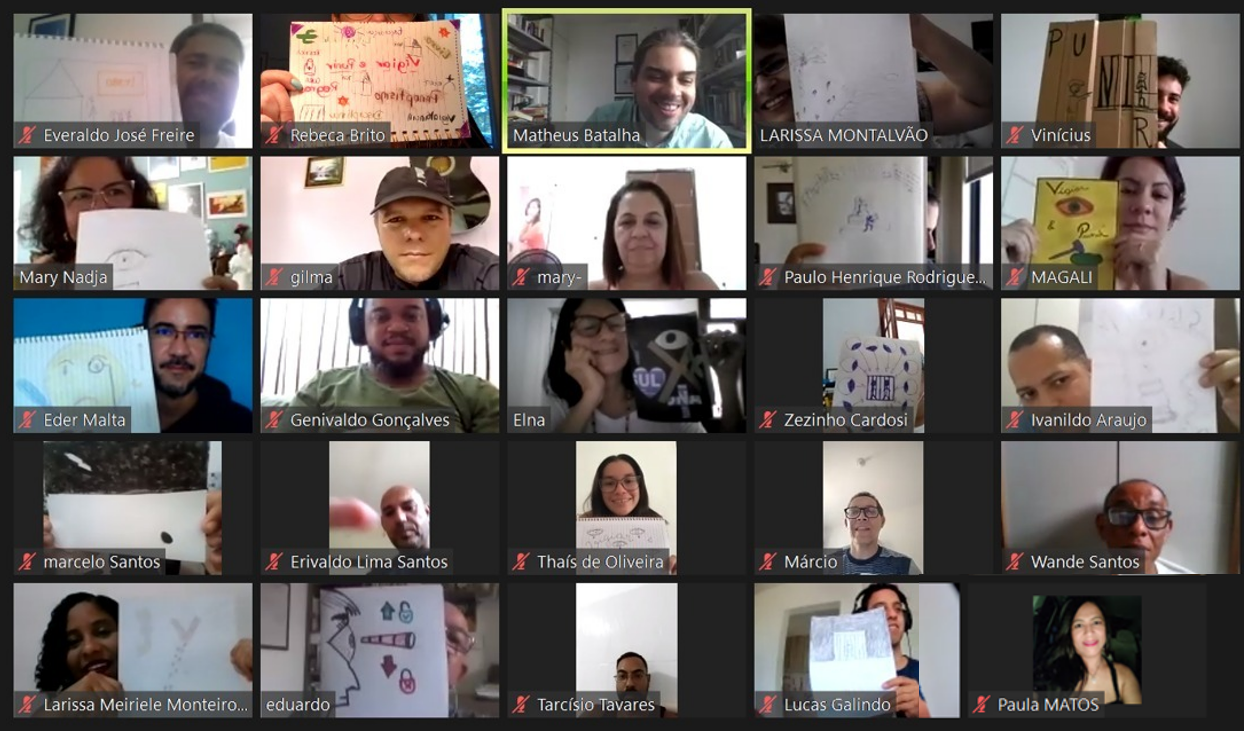 Professor Matheus Batalha and the Brazilian team are leading a remote Pre-Texts workshop for 25 teachers from 2 state public schools in Aracaju, Sergipe, Brazil. The aim of the project is to qualify teachers in the Pre-Texts methodology so that it can be used as a mitigation tool for school violence. This project is supported by Cultural Agents and the Academia Sergipana de Letras, and funded by  FAPITEC and the David Rockefeller Center for Latin American Studies at Harvard University. Read more about this project!